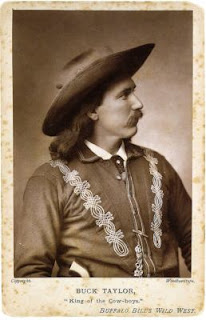 So I’ve spent the last three nights camped out near Bozeman, MT. Montana was the American end of the old cattle trails up from Texas, and those routes have been the basis for my northward drive over the past week. Along the way I’ve been diving into the past backwards, reading accounts written by the men themselves of life along the trail.

There’s a cowboy diary in Oklahoma City I picked up in the first week of the trip. Jack Bailey trailed a herd from Texas to Kansas in 1868, journaling in a battered notebook along the way. The cover is half worn away, but the pages still bear his strong, angled handwriting in brown ink that is still clear to read. I imagine him writing as the cattle are bedded down, or in odd spots along the trail (he records writing by a lakeshore at night, or under a tree ahead of the herd, or at the counter of the drugstore in Emporia, KS.)

I had read the diary twice through in a printed edition before seeing the original in the flesh, but the seeing the handwriting is like hearing someone talking. There is now a voice to the words. Jack dates each entry and includes the day of the week as well – sometimes he draws little curlicues and dots around the Ts on Tuesdays and Thursdays. No print edition could have told me that.

In Cody, WY I leafed through the old photos and papers at the Buffalo Bill Historical Center on the hunt for William Levi “Buck” Taylor. Taylor had been a star performer in Buffalo Bill’s Wild West (the British Prime Minister dropped by to say hello during the show’s 1887 tour stop in London) and he had an international reputation as “the King of the Cowboys.”

Despite the fame, the long intervening years have caused his trail to go cold. Newspaper reports after he left the show suggest that all was not well. There were stories of an elopement with a young lady from Baltimore, assaults, a Buck Taylor impersonator. Letters home from another Wild West performer fail to mention Taylor’s name. His story is a hazy one, half-wrapped in legend and sensationalism. I found little that could be definitively traced to him, aside from period photographs and Wild West Show programs. Nothing that he had touched.

That night, I moved back to the present to watch rodeo cowboys. The Cody Nite Rodeo happens every evening throughout June, July, and August and gives a slice of Americana so thick it seems almost caricatured. After the opening prayer and national anthem, Bill Idol’s “White Wedding” kicked on over the speakers. I watched as men rode and roped and bucked steers and tied calves. Women and girls did barrel-racing and a few brave ladies did give the calf roping a try. Part of this trip was undertaken to find my limits, and I found some at the Cody Nite Rodeo. There’s no way I could do what they do. 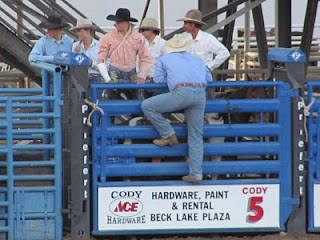 Cowboys aren’t the only archetypes out here. Driving south and east out of Montana today I stopped by the site of the Battle of the Little Bighorn. On June 25, 1876 George Armstrong Custer and the 7th Calvary were decimated by an alliance of Sioux and Cheyenne warriors. To my disappointment, the battle site was crowded. I had hoped to walk alone and collect my thoughts on what this clash had meant then and why we are still drawn to it today. It seemed a hopeless mess from the start: the officers of the frontier Army could not coordinate their attack, the Cheyennes and Sioux were fighting with everything they had, and neither side was willing to accept a partial victory. It was all or nothing.

From my vantage point of the 21st century, there is no glory in America’s decision to purchase the success of one civilization through the death of others. Custer had it coming.

And although I pass judgment on his actions, I feel sympathy for his fate. Standing on the ridge, facing the small hilltop where Custer and a handful of soldiers made their famous Last Stand, there is a shallow ravine to the right. The ravine is filled with clusters of white gravestones. They mark where the soldiers fell, some in groups, a few cut down alone. Those headstones march up along to the hilltop in a white trail, completing the run these men did not make in life.