Letting Out, Letting In

When you clench your fist, no one can put anything in your hand.

At the city docks of Annapolis, only a few feet away from lapping blue-gray seawater, there sits a bronze statue of Alex Haley. Ten quotes from the family saga Roots, each inscribed into a bronze marker, surround the sea wall near the statue. All of them are poignant, powerful, memorable. But my favorite is this: When you clench your fist, no one can put anything in your hand.

This weekend I’ve been cleaning. Not just the average spring cleaning that wipes away dust and cobwebs. No, this is the kind of cleaning that goes years deep. Back into boxes of forgotten letters. Envelope of photographs whose edges have stuck together. The kind that thrusts into drawers and old closet shelves and pulls out dresses last worn at a college formal, satin shoes last seen at the (first) inaugural ball for President Obama. T-shirts from a summer job two decades ago. Cassette tapes for which I have no equipment capable of playing. Boxing gloves. The gei and obi from my high school karate class. 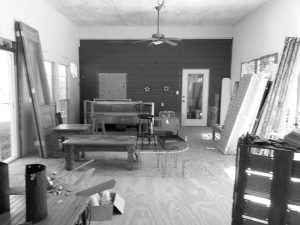 Why have I held onto such things? Why have I dutifully laid them into boxes and packed them up as I moved from apartment to apartment and now to a house that has the feel of permanency to it?

Part of it is pride. I don’t want to admit that I’ll never be the size 8 again who shimmied into a black and yellow cocktail dress that was once mistaken for vintage couture.

Part of it is fear. What if I need it again? What if I will regret letting it out of my life?

Part of it is sentiment. I don’t want to throw away things I associate with a memory. And so the clothes or the cassettes or the letters endure, becoming artifacts of what was. Ready for me to reach out and touch then, ready for me to reassure myself that they – and I – are real.

And yet such artifacts are a testament to what was. And in the sunshine of spring, as the world reawakens, I stretch with it. I open my fist. I allow the past to drop from it. I reach to what will be. 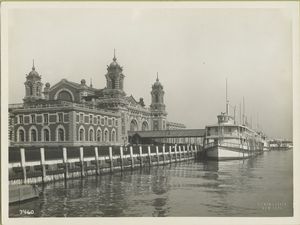